A downloadable game for Windows

"The night of '87" is a horror game with PS1-style graphics.

You play as Robert Williams, who just woke up in a bathroom. He has lost all of his recent memory. Try to piece together what happened on the night of '87. Is the protagonist a hero or a villain trying to hide his dark past? Because waking up near a dead body is very sus.

Too much zombies not enough jumpscares

Kinda repetitive, but I like the endings and the graphics are very nice. (Pt-BR)

Really enjoyed the style of this one! Your game is at 04:21 if you want to skip to it.

This was a pretty fun game! I'll admit, most of the jump scares got me, especially the one near the start. The gameplay was quite simple, and I can respect that, more so since this was a Game Jam project. The art style was definitely my favourite part about this game, I really like games with that old PS1 graphic style. I can also appreciate the sporadic, twitchy movement of the enemies as they shamble towards you, it's little touches like that which really help immerse the player! :)

Had a lot of fun messing around with this game!

Played this on my channel recently (video below). Some general thoughts: it's an okay game for something made during a game jam, if I'm not mistaken. Some textures are a bit odd and there is a bit of an exposition dump at the end, but the actual game mechanics are generally functional and the PS1-style visuals are what you'd expect.

There are indeed A LOT of zombies. Neat twist too!

I know this is random but I HIT 100 SUBSCRIBERS!!!

Its fun for the first 30 seconds. After that it gets repetetive and boring. Gun is kinda useless, and the animations could use some work. Considering its for a jam its not that bad.

This is the single greatest video game I have ever played in my life. The story, the art direction, the gameplay, the experience, nothing in history will ever come close to anything this game provides.  Truly a masterpiece of strand type gaming.

eh i dont really like it. it was fun plaing though i guess

hi, big thx for the game. greetings from rosti 😁

I managed to get both endings, and I didn't expect the ending! Such a short but sweet game!

I thought this just some normal zombie game but the ending actually shocked me!!! really like it. keep continue making game my friend!!

Nice aesthetics, and while I was initially frustrated by the gameplay, by the time I got both endings, it made a lot more sense as to the reason it was designed that way.

Biggest gripe is that sometimes the zombies would literally spawn on top of my character, making ending A (and survival in general) a bit tougher to get than probably intended.

Still, I liked it overall and am glad I played it.

You're supposed to fight the zombies so they don't swarm you at the end. The zombies drop ammo and health randomly. If they don't drop any ammo you're forced to use the knife.

Hey FreezeStudios, thanks so much for making this game. Really cool PS1 style horror game, it´s unbelievable that the first jumpscare got me good, the reaction was spot-on!  The ending B was something else. I´d say that whenever the player dies to actually place a screen that says so, as well as maybe adding the option to tell the player their heal is low. I found a bug with the reloading mechanics, which made me lose more than a couple of bullets, but overall it was a nice game.

I would like to say, I almost figured out the story without any hints from just the car and bike! I am proud of myself for that. It's a fun game though, I think the knife is a little OP cause damn it swings fast. But it's cool, the ending was a nice surprise I will admit.

THEY CALL ME A SHARP SHOOTER OUT HERE BRUU!

I really like the story of this and how you was able to weave zombies into it. Keep up the good work!

Killing a lot of zombies is fun.

was that the night of 87

Reply
Za3Gam3s1 year ago(+1)
I Love The Concept Of This Game! Keep Up The Good Work
Reply
xlooper64231 year ago
So Many Zombies is Chasing Me THIS GAME IS AWESOME I LOVE IT!
Reply
Flamez Plays1 year ago(+1)

A fun little game with an interesting story and some good but weird moments. Worth getting the good and bad ending as it's not an incredibly long game.

I got both ending and while the game is enjoyable, why am I slower without a knife? Besides that, it was fun trying to do a knife only run.

Here's my channel for other games I have played. https://www.youtube.com/c/Levont

Thanks for playing. "You run faster with a knife" is a counter-strike reference. 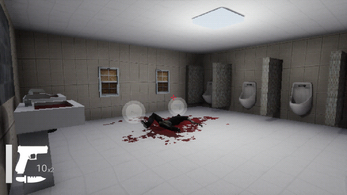 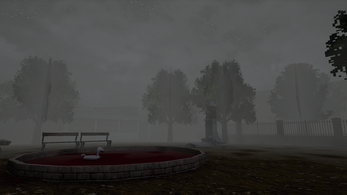 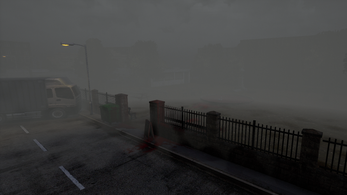 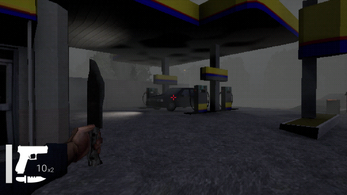 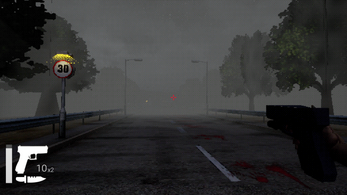 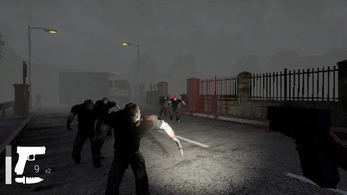 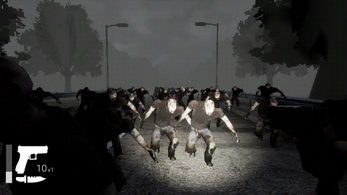